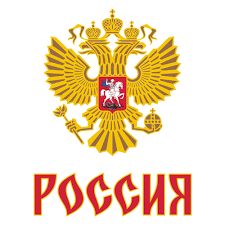 Captain: Not yet selected

Key storylines entering camp:
1. What exactly can the defence do?
You don’t always think in specifics about national teams until a major international event comes along and it’s time to write everyone’s name on a roster. Do that for Russia and the first takeaway will certainly be, “Man, what’s up with that D?”

Only three of Russia’s original 16 players named on March 2 were defencemen: Andrei Markov, Dmitry Orlov and Dmitry Kulikov. Inspired yet?

Slava Voynov’s NHL suspension for domestic abuse makes him ineligible for the tournament, so the Russians are even thinner on options. Toronto Maple Leafs fans will be keeping a close eye on Nikita Zaitsev, who will make his debut in Blue and White after the World Cup. If the 24-year-old adjusts well to North American-sized ice, he might quickly ascend the Russian depth chart simply because of the blue line’s sad state.

2. Starter set?
Russia’s going to need some big saves to be a factor in this tournament and it’s not entirely clear who will get the first chance to make them.

Sergei Bobrovsky, who posted a 1.73 goals-against average and .931 save percentage in nine games at the World Championship in May, likely enters camp as the favourite by a nose, just ahead of Semyon Varlamov. But even No. 3 Andrei Vasilevskiy has a chance to edge his way in there, especially given his .925 save percentage in eight playoff contests with the Tampa Bay Lightning last spring. (Vasilevskiy, by the way, is one of four Bolts on Team Russia along with Nikita Kucherov, Vladimir Namestnikov and Nikita Nesterov.)

3. Chemistry carryover?
The fact Ilya Kovalchuk and Alexander Radulov were left off the roster understandably drew more attention than Russia’s final adds. That said, the names Vadim Shipachev and Evgenii Dadonov may fast become more familiar if the two can reprise the magic they demonstrated a couple months ago on home soil. Shipachev, playing between Dadonov and NHL rookie of the year Artemi Panarin, led the World Championship in scoring with six goals and 18 points in 10 contests. Dadonov, who also skates with the playmaking Shipachev on SKA St. Petersburg in the KHL, was third with six goals and 13 points in the same amount of outings. (Shipachev drew significant NHL free agent interest this summer before opting to stay home.)

The ice will be smaller and the competition stiffer, but the KHLers definitely hold the potential to surprise and offer scoring support on a forward crew lead by NHL superstars.