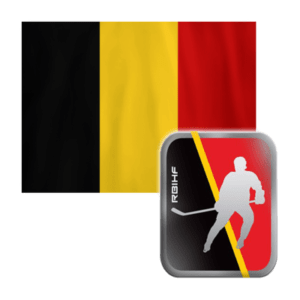 Belgium last won an International Ice Hockey Federation U20 World Junior Championship in 2014, when it took Gold in Division III and was rewarded with a promotion to Division IIB. Since then, there have been four straight fourth-place finishes. If Belgium is to medal in the 2019 WJC, the team will have to improve its defense while playing up to the high-octane standard it set in 2018 on offense.

Scoring in the 2018 WJC was relatively well spread out for the Belgians. Eight players recorded four or more points in five games, while three players had three or more goals, and three had two goals each. But the team was a -6 for the tournament, allowing 28 goals to the 22 goals it scored.

No one can blame Rino Dhondt, though. The 1998 forward was not only the team’s leading scorer with four goals and four assists, he also led the team with a +7. He was tied for fourth in overall tournament scoring and his plus-minus was the second best among the top-10 scorers.

Belgian-born Métis Roelens, who has not skated for the national team, could be the difference-maker if he plays, as some are expecting, for his country in the 2019 WJC. The 2000 center, who stands 6’4″ and weighs more than 200 pounds, and moved to North America with his family in 2012, is in his second year of elite junior hockey in Canada, skating for the Gatineau Olympiques of the Quebec Major Junior Hockey League. In 13 games this season, he’s scored two goals and set up five, and is nearly halfway to his total point production of last year of 15.

Forward Oliver De Croock had a strong 2018 tournament offensively, with three goals and four assists for seven points, second best on the team and good for a tie for sixth overall. But he finished with a -3. De Croock is playing in North America for the first time this season, skating with the Minnesota Blue Ox in the Premier Division of the United States Premier Hockey League. The 1999 forward has put up strong numbers so far, scoring three goals and assisting on five in 10 games.

De Croock has also created a web store, hockeyloverstore.com, in which he says he offers “good quality products with good prices.” He wants everyone to have “the chance to really find a good store” for buying hockey gear, an opportunity he didn’t have when he was younger.

Defenseman Lowie Cuylaerts, a 2000 who had five assists but no goals, and was a -1 (but a +10 in the U18 WJC), led Belgian blueliners in offense. Ben Coolen, a 2000 who plays both forward and defense, had three goals and three assists (and 24 penalty minutes), and finished even for the tournament. In the U18 tournament, Coolen had five goals and five assists, and was a +8 in five games with 16 penalty minutes. Neither Cuylaerts nor Coolen has played in North America.

The Belgians might want to rely more in the 2019 WJC on 1999 goalie Morgan Schaller. He appeared in only one game in the 2018 tournament and recorded a stellar 1.67 goals-against average and .929 save percentage for a team that gave up nearly six goals a game.

Belgium will open the 2019 WJC against Israel on Jan. 15 in Zagreb, Croatia.