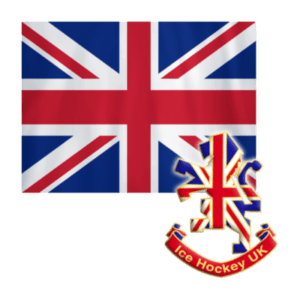 Great Britain has a rich hockey history that’s relatively unknown in North America. At least one historian says the game was actually born there, specifically in Scotland, though most Canadians would quickly dispute that claim. Nevertheless, Great Britain, a founding member of the International Ice Hockey Federation in 1908, produces quality players even though there are only 68 indoor rinks in England, Scotland, and Wales combined.

Any discussion of junior hockey in Britain starts with Liam Kirk, first British-born and British-developed player to be drafted in the NHL. He was chosen in June by the Arizona Coyotes in the seventh round. The 2000 forward is playing this year for the Peterborough Petes of the Ontario Hockey League, where he has a pair of goals and a pair of assists in 16 games.

In the 2018 U20 IIHF World Junior Championship, Kirk was Great Britain’s scoring leader in Division IIA. He finished with seven goals and seven assists in five games. Second in scoring was forward Samuel Duggan. The 1998 forward found the back of the net four times and assisted on five goals in five games. He has played five games this season with the Jamestown Rebels of the North American Hockey League.

When Duggan was in the U.S. earlier in 2018 to skate with the Lincoln Stars of the United States Hockey League, he described for the Lincoln (Neb.) Journal Star “the main difference” between developing in Great Britain and the U.S.

“There is such a limit on facilities and time on the ice in England for the junior players,” he said. “From my personal experience, I was lucky to be on the ice three times a week for an hour at a go, and that was a good week for me.”

Matching Duggan in points was Cole Shudra, who also had four goals and five assists but racked up 22 penalty minutes, as well. The 1998 forward has not played in North America.
The other 2000-born player on this veteran-laden team is forward Jordan Buesa. In the 2018 U20 WJC, he had two goals and four assists. He also played in the U18 tournament, where he scored three times and assisted one assist. Buesa has played one season in North America. That was in 2015-16, when he skated in the Greater Toronto Minor Midget Hockey League and had four goals and six assists for the Toronto Titans AAA club.

Great Britain’s top scoring defensemen — Edward Knaggs, Thomas Stubley, Stuart Kerry — are all 1998s and will be making their last appearance in the IIHF WJC if they are on the 2019 squad.

Britain’s goalie situation is rather interesting. Both netminders had respectable goals-against averages but rather low save percentages in the 2018 WJC. Jordan Lawday, a 1998 with has some North American experience, recorded a 2.99 GAA but an .899 save percentage in four games. In two games, 1999-born Ethan James had a 2.55 GAA with an .889 save percentage. In 10 games with the Essa Stallions in the Canadian Premier Hockey League, James is posting a 2.82 GAA and an .898 save percentage.

James is only 5’6”, below average in height for today’s goaltenders, but Stallions head coach Sylvain Cloutier says he has terrific reflexes, and is quick. James himself believes size shouldn’t matter.

“If the goalie that is 5-foot-7 can stop the puck just as well as a 6-foot-plus goalie, why shouldn’t they get the chance of going professional?” he told The Color of Hockey earlier this year.

In the 2019 IIHF WJC, Great Britain will play for the second straight year in Division IIA after being relegated from Division IB due to its performance in the 2017 tournament. Great Britain was the home team for the 2018 WJC, which was played in Dumfries, Scotland, finishing in a tie for second with South Korea. The 2019 tournament will be played in January in Estonia, and Britain probably has an eye on winning the gold and being promoted back to Division IB.